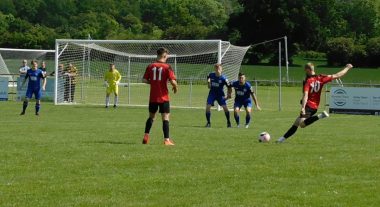 IT WILL be a winner-takes-all affair at Hampton’s Field Lane home this Saturday, when Alcester Town take on Coventrians hoping to reign supreme in the Post-Covid Lockdown Charity Cup.

The tournament, acting as a final curtain on the turbulent and short-lived 2020/21 campaign – and as a fund-raiser for Prostate Cancer UK – has provided a number of Midland League sides with the opportunity to give players a competitive run-out after the pandemic called a halt to the regular season.

For Alcester, it represents a real opportunity to end the current term with silverware and their form makes them favourites to lift the trophy.

Matt Seeley’s men won eight of their ten group games with a record of 27 goals and only seven conceded, losing just twice and booking their place in the showpiece final by edging AFC Coventry Rangers 4-3 on penalties after a 2-2 draw last Sunday.

In what will have been a useful experience for Division Two Alcester ahead of a second successive meeting with a Division Three side this weekend, Rangers proved stubborn opponents in the semi-final at Stratford Road having taken the lead twice through Connoll Farrell.

Having gone behind early on after a mistake from Gabriel Bajrami handed the visitors a tap-in, Town were fortunate to level after a rare opportunity was gratefully glanced home by Ross Dempster past Coventry ‘keeper Ross Davis. 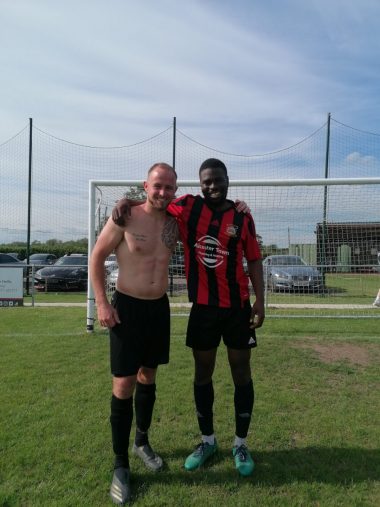 From left: Ross Dempster and Reece Jacobs kept Alcester alive in normal time prior to the shoot-out win.

With the match remaining a cagey affair after the break, Rangers hit the front once more when Fola Fagbemi fed the ball through for Farrell to bury his second of the afternoon.

But with the next opportunity that fell the hosts’ way, Reece Jacobs was on hand to pounce and level the scores once more following a corner.

Then, with Dempster, Toby Scott, Joe Drake-Cervantes and Connor Deards all on target in the subsequent shoot-out, in addition to penalty saves from Bajrami to deny George Swain and Liam Kennedy, Alcester booked their passage into the final.

Coventrians also had to book their place in the final via the lottery of penalties – dumping out Division Two side Knowle after a goalless 90 minutes.

Regardless of the outcome of this Saturday’s clash, there will be plenty for Seeley and Co. to take into pre-season planning ahead of what many will hope to be a strong league campaign.