Taylor keeps Reds at bay as Church win the day 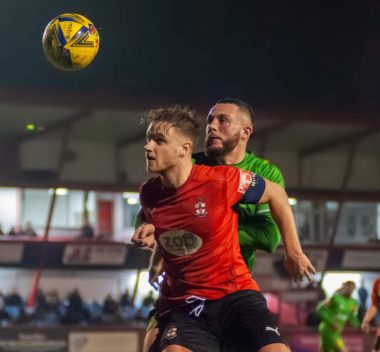 CLINICAL Alvechurch shaded their Red Recruitment Trophy encounter with Redditch United at the Trico Stadium, triumphing 2-1 on Tuesday night for their opening victory of the friendly competition.

Having thrashed Worcester Raiders 5-0 last week, prior to the withdrawal of the West Midlands (Regional) Premier Division club, a victory on away soil having dispatched two of their three efforts on Kieran Boucher’s goal ranks as an efficient goal return from Ian Long’s men.

For Matt Clarke’s Reds, a return of zero wins from both Trophy outings to date gives United every reason to feel hard done by considering their performances, especially with an equalising goal in last night’s defeat seemingly a matter of when, and not if.

With the hosts registering seven attempts on target and 11 shots in total, Church ‘keeper Oliver Taylor played the role of the pantomime villain in the festive clash, producing save after save to foil Redditch in a spectacular showing.

A strong start by the Reds failed to result in the opening goal despite new boy Daniel Sweeney forcing Taylor into an outstretched save, the visitors instead dealing first blood when Tyrell Hamilton latched onto a through ball and finished confidently.

Then, on the 25 minute mark, it was two for Church when James Spray pinged a stunning free-kick into the top corner – beating Boucher despite the United goalkeeper getting a glove to the strike. 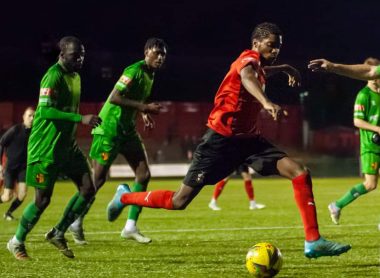 With Clarke’s side ramping up the pressure in the second period, the hosts were finally given a prayer of achieving salvation when midfielder Jordan Clement picked out the top corner of the net with 12 minutes remaining.

While the impenetrable Taylor was eventually beaten, he came up trumps once again for Alvechurch to see the game through, getting down low to keep out Ben Hart’s free-kick and the resulting follow up, in addition to a stoppage-time strike by defender Branden Horton fired goalwards from inside the penalty area.

Redditch are denied the chance to get back to winning ways this weekend, with their fixture at home to Evesham United – the side replacing Worcester Raiders – pulling out of the competition and denying Boxing Day football at the Trico Stadium.

Alvechurch, meanwhile, will take on Bromsgrove Sporting at the Victoria Ground on Saturday (3pm), before hosting Redditch in the reverse fixture on Monday, December 28.