REDDITCH United will be aiming to bounce back from their first defeat of the Southern Premier Central season when they host Nuneaton Borough on Saturday.

Matt Clarke’s side had a man sent off for the third time this season when former Feckenham player Kieren Donnelly was dismissed for violent conduct after just three minutes at St Ives Town on Saturday. 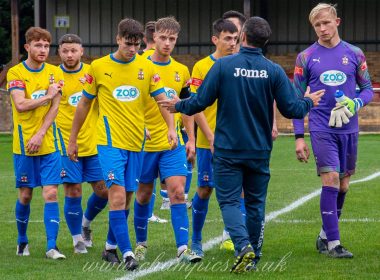 Despite this, the visitors rallied to take the lead through in-form forward Jordan Clement, but the hosts hit back strongly to emerge convincing 3-1 winners in Cambridgeshire.

The Reds headed east knowing a win could have taken them top of the table depending on other results, but they slipped to sixth as a result of the setback and know maintaining discipline is going to be key in their bid to defeat Nuneaton at the Trico this weekend.

St Ives had seen their previous two matches postponed due to a Covid outbreak within their squad and it was clear both sides were keen to impress from the outset.

Just three minutes in, Aron Davies committed a foul in front of the dugouts, which met justifiable appeals from St Ives players.

During the ensuing scuffle, full-back Donnelly appeared to push the St Ives forward in the face and the referee was quick to brandish a red card.

Redditch had to withstand a wave of St Ives attacks but took the lead after 21 minutes through Clement who sotted home from the edge of the box to bring his tally to six for the season.

Clement then made way for Ioan Richards in a tactical switch immediately after scoring to add a full-back to a flat back four. 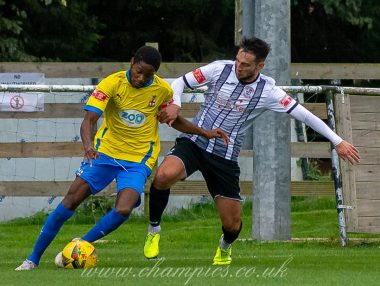 Tiago Nassunculo – who signed on contract terms for the remainder of the season prior to the match – takes the game to the hosts.

The visitors had produced a superb effort to maintain their lead to the brink of half-time but it was then that the match was turned on its head.

St Ives’ Michael Gyasi slipped chasing the ball out of play but to the amazement of supporters the referee pointed to the spot and Marc Richards converted the resulting penalty.

The travelling support were angered further when moments later Matt Dodd jinked between two defenders but a penalty appeal was turned down despite what appeared to be a push in the back.

Redditch were not short of endeavour in the second half but it was difficult to produce quality given their numerical disadvantage and two goals from Nathan Hicks sealed the points for the hosts.

Clarke will be without the suspended Donnelly and winger Ben Swallow for this weekend’s clash against Borough, who netted a first league win in six attempts on Tuesday with a 6-2 home success against St Ives as Ravin Shamsi scored five goals. 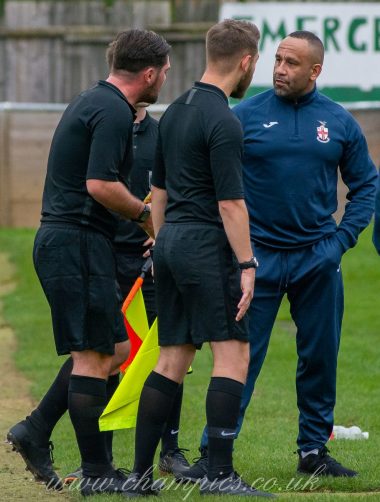 Fans are advised to arrive early as the club are expecting to sell out, with current restrictions only allowing 600 spectators.

You can pay on the gate with cash and card accepted.

The Reds, who have been drawn to host Northern Premier League Premier outfit Nantwich Town in the FA Trophy third qualifying round on October 31, then travel to face Stratford Town on Tuesday.