RACING returns to Cheltenham with The Showcase on Friday and Saturday (October 23/24).

The two-day meeting is the first action to be staged at the home of jump racing since The Festival in March. In accordance with government COVID-19 regulations, the meeting will take place behind closed doors.

There are seven races on each day of The Showcase with Saturday’s highlight being the £48,000 Matchbook Betting Exchange Handicap Chase (3.50pm) over three miles and a furlong.

Heading the 17 entries is Frodon (Paul Nicholls), who famously landed the 2019 G1 Ryanair Chase at The Festival under Bryony Frost.

The eight-year-old is a five-time winner at Cheltenham and was last seen when fourth in the 2020 Ryanair Chase.

Another possible starter is Walk In The Mill (Robert Walford). The ten-year-old finished fourth to Tiger Roll in the 2019 Randox Health Grand National and is twice a winner over the Grand National fences at Aintree, having taken the Randox Health Becher Chase in 2018 and 2019.

Dorset-based Robert Walford said: “Walk In The Mill is in good form and a possible runner at Cheltenham on Saturday. It all depends on the weather but if it is good to soft he will take his chance.

“We are delighted with him at home and he seems to be in really good order. He had a nice summer break and obviously we were gearing up for the Grand National until COVID-19 intervened. We are looking forward to seeing him back in action.

“The Grand National is again a potential long-term target for Walk In The Mill. The big race we will target first, however, again is the Becher Chase. He has a fine record in the race and we just need to get one run into him before we head to Aintree.”

Saturday’s action gets under way with the Masterson Holdings Hurdle (2.05pm) which takes place over an extended two miles for four-year-olds only.

The top-rated performer among the 11 entries is the front-running Allmankind (Dan Skelton) – a G2 winner over the course and distance at The November Meeting last season before going on to win the G1 Finale Juvenile Hurdle at Chepstow in December. 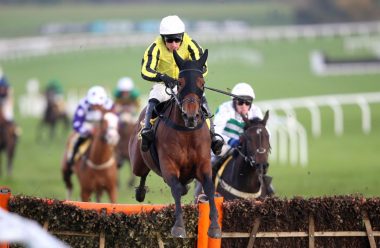 He ended the campaign when third in the G1 JCB Triumph Hurdle at The Festival – a race in which Sir Psycho (Paul Nicholls) finished fifth.

Trainer Dan Skelton said: “Allmankind is in good form and Saturday’s contest at Cheltenham has been the plan since the start of the season.

“The Masterson Holdings Hurdle is an ideal race to run in given it is against four-year-olds, so he can take on his age group one last time before he takes on the older horses.

“He has to carry a penalty, but he is a G1 winner. I would just like to see a bit of rain, but he is a planned runner at the moment. I am really happy with him at home and he is ready to start.

“There is no point dwelling on the past and we are looking forward to getting him started. It is a new season, with a new start and new objectives.”

An intriguing contest could be further enhanced by Grand Roi (Gordon Elliott) – successful in three of his four starts when with Nicky Henderson last season – and the potentially unexposed performers Botox Has (Gary Moore) and Monte Cristo (Nicky Henderson). 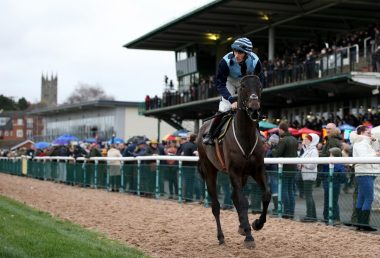 Carl Hinchy, who owns Mossy Fen in partnership with Mark Scott, said: “Mossy Fen is in fine form and the plan is to head to Cheltenham this weekend. He will either run on Friday [Matchbook Better Way To Bet Novices’ Chase, 3m ½f] or on Saturday, but we haven’t made a decision yet as to which race to target.

“Mossy Fen is a point-to-point winner and he has schooled very well. We are excited about getting his season under way, but we would not want to risk him to early in the season on watered ground. Rain is forecast so hopefully it will ease the ground so he can run.”

This could also be another fascinating contest with the likes of recent Listed Chepstow winner Grand Sancy (Paul Nicholls) and Pileon (Philip Hobbs), the short-head runner-up in the Martin Pipe Conditional Jockeys’ Handicap Hurdle at The Festival, also holding entries.

This contest was previously run on the Saturday of The Showcase. The weights are headed by G2-placed Dolos (Paul Nicholls), who is entered alongside stablemate Getaway Trump – runner-up in G1 company over hurdles and the comfortable winner of a beginners’ chase at Warwick on 1 October.

The going at Cheltenham is currently good. The forecast is for an unsettled week, with rain at times. Racing at The Showcase takes place on the Old Course.

No joy as play is brought to a halt

Pears captain in call for progress