Hutson: We can't wait to start - The Redditch Standard

Hutson: We can't wait to start 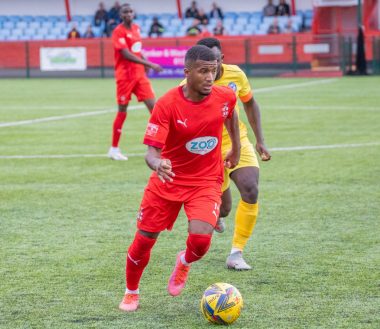 Curtis Hutson looks up to assess his options on the ball. Pictures by Neil Jay Photography.

WINGER Curtis Hutson hailed the game management of his teammates in last weekend’s 2-1 triumph over Yate Town, as Redditch United readied themselves for Saturday’s Hitchin Town league opener with a final warm-up win.

The Reds come from behind to snatch victory at the Trico Stadium in the last outing of pre-season.

For Hutson, who clinically slotted the winner on the hour mark after latching onto Tilt’s through ball, the performance provided encouragement for how he hopes and anticipates his side to play going forward.

“It was a good game, it’s always important to get a win before the first game of the season, especially against a team who are at a similar level to us and also looking to do well themselves,” said the 26-year-old summer signing. 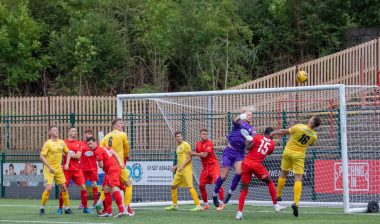 “In the first half, I thought we played really well and kept the ball and looked like we were dangerous in parts.

“We still could have played a little bit better in the final third, but overall we did well in both halves and at the end we did well to manage the game and make sure we didn’t concede in the last couple of minutes.

“I was just in a position where I saw that the ball was waiting to be played through, I swung my left foot and it ended up in the corner.

“It’s always good to get a goal before the first game of the season to get confidence up, but if we get three points in our opening game it will all mean something.”

Ian Long’s side begin the season on Saturday with a trip to St Ives Town.