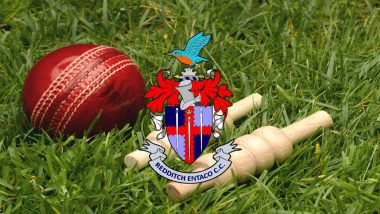 Fielding first at Birmingham Road after winning the toss, Entaco dismissed the hosts for just 107 runs in 27 overs as Ghulam Moyhuddin (4-19) and Mohammad Zahid (4-58) stole the show.

With only Joe Cherry (30) impressing for Alvechurch & Hopwood in their middle order, the home side soon found themselves needing to stump up a big bowling performance to have any hope of rescuing the game.

Unfortunately for Matt Hayward’s side, Redditch were in no mood for being merciful and stormed to a crucial win in the 26th over.

Unbeaten duo Anis Suleman (41, no) and Moyhuddin (23, no) carried the visitors over the line, boosting fourth-placed Redditch’s standing and causing a big blow to A&H’s chances of winning the league title, leaving them in third.

Kamran Abbasi (4-18) was mostly to blame for the visitors’ downfall at Mill Lane, with only Waqur Ahmad (21 and Ikram Mussadaq (15) reaching double figures.

Then, after skittling Chaddesley Corbett out in the 29th over, big-hitters Muhammad Saqib (41, lbw) and Jamie Griffiths (22) did most of the leg work in the Millers’ reply to win the day.

Third in the table, Feckenham visit fourth-placed Lye on Saturday.