Determined Kingfishers get back to winning ways 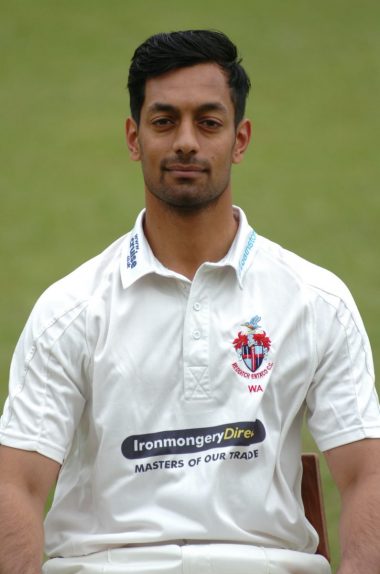 REDDITCH Entaco claimed their first win in a month, and climbed up to eighth in Worcestershire League Premier Division, courtesy of a 158-run success over Bromyard last weekend.

It sets the Bromsgrove Road club up nicely for their trip to Old Elizabethans – sitting pretty in third – on Saturday, having ended a run of four straight defeats in timely fashion.

Entaco had Yassar Altaf to thank for his sizeable contribution to the victory, Redditch’s fourth this term, having hit 102 runs in just as many balls faced after coming in at number three.

The hosts’ talisman recorded 11 boundary hits and four sixes in all, and found great success alongside opener Haleem Basharatt (52) when putting on a stand of 147 runs for the second wicket.

That contribution from the pair could not be ignored, and while their teammates could only manage figures as high as 28 and 25 runs – provided by skipper Daniel Protherough and Waqas Ali respectively – Entaco still had plenty of reason to be cheerful with their 293 total.

Bromyard, who had David Taylor (3-36) and Greg Leighton (3-49) in form with the ball in hand, simply never got going at the crease – the only highlight being a seventh-wicket partnership of 56 runs between Martin Reece-Pitt (24) and top-scorer Edd Oliver (45).

Redditch, meanwhile, had firepower in their bowling ranks also, and showed just as much when Ali (4-33) and James Bevan (3-11) swept up to see off the visitors inside the 40th over.

SIXTH-PLACED Astwood Bank saw their mixed run of form continue with a nail-biting one-run triumph over Stourbridge elsewhere in the division.

The tense affair saw the visitors requiring three runs from the final ball at Sambourne Lane to draw level, but after only managing two from Thomas Harris’ (1-25) decisive delivery, the points were safely in the bank for the hosts.

Astwood Bank lost the toss but recovered from an early stumble to make their mark at the crease, opener Tom Pedley and number three Andy Williams (both 26) atoning for the loss of their skipper Rob West (0) from the second ball to put on a stand of 50 for the second wicket.

It was sometimes a laborious affair for the Bank at times to pick up runs, but with the likes of Alan White (39, no), Adam Warbrick (25), Connor Adams (25) and Thomas Harris (23) sharing the load, the hosts managed a respectable 186-7 score by the close of the innings.

While Stourbridge opened with 56 runs between Alex Bingham (26) and Jonathan McAll (8), their stint at the crease was often reliant upon unbeaten talisman Shameer Ahmed (64, no).

Marvarick Perry (21) and tailender Jitesh Jivan-Patel (16) were otherwise the only reliable source of runs for the visitors, while Tom Underhill (3-34) made his presence felt by remaining a thorn in the side of Stourbridge’s batsmen.

Though the visitors kept their slim hopes alive with a six, a wide and a four at the start of the final over, the dismissal of Jivan-Patel was key from Harris – who heaped the pressure on Ahmed with the final two balls to see Astwood Bank over the line.

Bewdley, 12th, are next up on the road for Rob West’s side.