MONDAY night’s goalless draw at Stourbridge helped Alvechurch stop the rot and put a welcome end to a three-match losing streak in all competitions.

Long decided to make no less than six changes to his side, such was the desire to turn a corner and end Church’s woes of late, with goalkeeper Mat Sargeant, the returning Tom Turton, debutant Dylan Barkers, Kevin Monteiro, Jake Wakeling and Mason Birch returning to the team.

While the game was not one that will live particularly long in the memory, there were some positive aspects as it unfolded which will encourage the Alvechurch faithful.

Sargeant made a string of saves midway through the first period to repay his manager for the decision to play him over Gloucester City loanee Niall Maher as the Glassboys were unable to break the deadlock despite their best efforts.

However, with their only real attempt of the half, Alvechurch almost went into the break with a precious half-time lead after Turton’s free kick forced Stourbridge keeper Charlie Price into a fine low save.

Spectators were treated to more of a spectacle as the second period unfolded, with the hosts’ Alex Fletcher provided with a golden opportunity to net when meeting a delivery to the far post, but he thrashed his effort wildly over with just over 20 minutes to play.

Wakeling had two one-on-one attempts down the other end, with Price keeping out the first shot with a vital touch that sent the ball off target, before the second was met with another excellent stop by the Glassboys custodian.

Fletcher almost sunk Church with a ferocious strike which clattered the crossbar from 20 yards – the closest either side came to finding the net.

Alvechurch were subject to a comeback by the visiting Marketman last weekend in a game that began brightly for the hosts with Aaron Lloyd’s eighth-minute opener.

The forward directed the ball into the bottom corner with a first-time strike after the ball sat up nicely from Jack Birch’s lay-off.

Needham hit back just four minutes later through Adam Mills and almost took the lead before the break, only for Joe Hull to intervene with a crucial goalline clearance.

Ultimately though, Church were made to pay for their wasteful finishing to a succession of chances around the hour mark – conceding a late winner eight minutes from time when Luke Ingram sent Maher the wrong way from the penalty spot.

Fifteenth-placed Alvechurch are in FA Trophy action on Saturday when they face a tough trip to Northern Premier League Premier Division leaders Basford United in the third qualifying round.

The Nottingham club are in fine form with five successive victories taking them to the top of the table, with Church winless against United in both of their previous meetings. 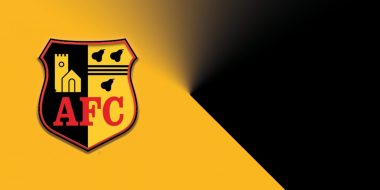 Entaco ease the pressure with maiden win of 2021

Noman stars as Entaco warm up for derby test in style