DARREN BYFIELD wants new signings Ryan Nesbitt and Ben Usher-Shipway to see their stay at Alvechurch as the chance to show their star quality.

Byfield says the arrival of striker Nesbitt and winger Usher-Shipway on three-month loan deals from Solihull Moors will complete his team-building for the new BetVictor Southern League Premier Central season.

Both players had impressed in lower leagues before being snapped up by National League runners-up Moors, Nesbitt scoring 23 goals for Sutton Colfdield Town last term and Usher-Shipway progressing through the ranks at Boldmere St Michaels. 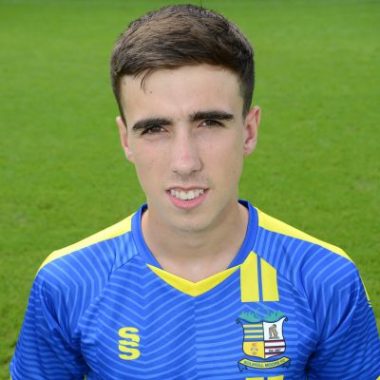 They have yet to play for Moors in a senior game but the loan stay at Lye Meadow, due to end on November 2, will provide the opportunity to impress.

“I’m delighted that we’ve got this over the line, because I know there was a lot of interest in both of them,” said Byfield.

“We’re giving them the platform at Step Three to show what they can do. They’re talented players and I know they can step up. It’s my job to help them do that and the better they do the better it will be for us and for Moors.

“Ben is a winger or forward, who can go past people, and provide a great delivery. Nesbitt is a goalscorer; he knows where the back of the net is. He is technically very good.

“I’m pleased with the squad we’ve got together at the moment. Through the season, people will come and people will go.

“I’m happy to go into the season with this group of players and it’s up to them to keep me happy with their performances.”

Nesbitt and Usher-Shipway are set to make their bows on Saturday when the Church entertain Evesham United (3.00) in their final friendly before they kick off the season away to Royston Town on August 10.

Byfield, who took over as boss from Ian Long in the summer, says the team in still settling down. Only a handful of players remain from the team which finished fourth in their first season at the level last term.

“It is a new squad and sometimes you take two steps forward and one step back as things take shape,” said Byfield. “That’s football.

“The important thing is that you can see progress and see the players taking on board what we are asking them to do. That’s all I ask of them.”

After Tuesday’s planned friendly away to Halesowen Town was washed out, the Church have not played since last Tuesday’s 2-1 win at Heather St John’s but the visit by Carl Abbott’s Evesham will be a decent test.

The Robins include former Church player Lee Chilton, who scored three in his new club’s 5-0 win at Racing Club Warwick on Monday.

Midfield duo Jordan Goddard, one of the summer arrivals who joined from Halesowen, and Rahis Nabi will both miss the final warm-up match with hamstring injuries while Mitch Botfield is a doubt with an ankle problem.

With eight days to the opening league match, Byfield says they will err on the side of caution over any fitness issues.

Clarke aiming high as new faces are targeted by Reds

Motorsport UK confirms motorsport will restart in England from March 29