Borough come under fire in Knowle rout - The Redditch Standard 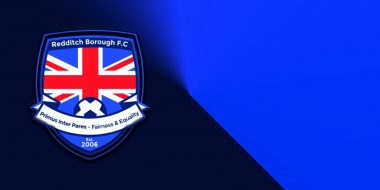 IT WAS an afternoon to forget at Cherry Tree Walk for Redditch Borough, after going down by a 5-1 scoreline in their Midland League Division Two encounter with Knowle.

In a result that continued Borough’s winless start, the Robins were just too much for Julian Workman’s men to handle in their first home outing of the new campaign.

The visitors employed a passing game that served them well and saw Clive Seeley’s side open up the hosts time and again, taking a tenth-minute lead through George Seeley.

By the quarter of an hour mark, it was two for Knowle when Nathan Corry sunk a 35-yard drive into the net, with the scoreline remaining the same at the interval.

With Billy Garvey seeing red for a second yellow after the break, the away side put Redditch to the sword and struck three more times, starting with Seeley’s second of the game – a header from Brandon Hague’s centre.

Then, on the hour mark, George Curry capped off a fine team move with a left-footed shot that sizzled into the corner.

It was five when Jay Payne tucked away in the final minutes, prior to Borough’s consolation goal provided by substitute Ethan Ruppenthal.

Aiming to instigate an upturn in form, Redditch head to Hampton on Saturday for match day three.