TRIBUTES have poured in for Alcester Councillor Eric Payne, who has died today, Wednesday, October 10, after a short illness.

Coun Payne, had served on Stratford District Council since 2007 and was chair of the authority from 2011-12.

He was also an active and popular Town Councillor.

He had lived in Alcester all his life, was born in Bleachfield Street, the third of seven children, and was educated at St Faiths School.

“As a friend he was a man of integrity, honesty and reliability,” said his council colleague Coun Mike Gittus. 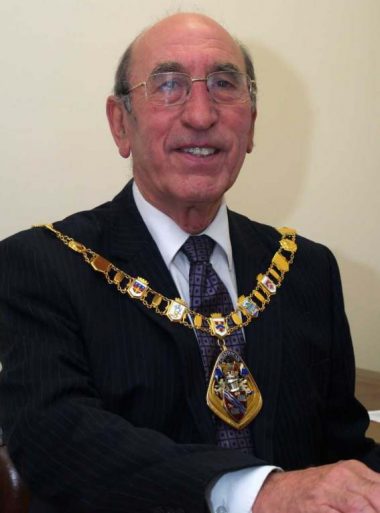 “He worked tirelessly for the local community and together with myself and Coun Sue Adams we were known as the Alcester Mafia as we covered county, district and town authorities.

“Out of the three of us Eric was the most important because he knew exactly what the community actually needed, he was so close to it.

“At election times we used to say it was easier to weigh Eric’s votes rather than count them as, although he was a Conservative, he was apolitical and people of all persuasions would vote for him.

“He will be sadly missed and is impossible to replace, absolutely impossible, and our thoughts go out to his wife Maggie, his family and friends.”

The Mayor of Alcester, Coun Andrew Foster, said: “Everyone who knew Eric will be extremely sad to hear about his passing.

“He served on the Town Council for 20 years and was the town Mayor in 2000 and again in 2006. He was presented with the Mayor’s Citizen of the Year award only last December for his life-long dedication to Alcester.

“My personal memory of Eric will be of his kindness, approachability and his easy going, self-effacing charm.

“He was an ever present figure in the town, always out and about talking to people, supporting and helping the community that he loved.

“On behalf of the Alcester Town Council our deepest sympathy goes out to Eric’s wife Maggie, son Nick and daughter Charlotte. He will be dearly missed.”

In a statement Stratford District Council said: “Eric was a highly respect member of the District Council and a true gentleman. Eric will be greatly missed within Alcester and the wider District.

“He served as chairman of the District Council between 2011 and 2012 and during his time was vice-chairman of Overview and Scrutiny Committee and served on Planning Committee (West).

“Eric was also a Councillor for Alcester Town Council for over 16 years during which time he was Town Mayor on two occasions.

“The District Council expresses its sincere condolences to his wife Maggie and all their family and friends.”

Coun Chris Kettle, chairman of Stratford-on-Avon District Council said: “Today in Eric, a former xhairman of the Council, we have lost a highly respected and conscientious Councillor, who was well liked and valued by his colleagues.

“He was always ready to listen and his comments were always well thought through.

“He devoted much time and energy to the Council both as the former chairman, carrying the flag for the District, and as a Councillor.

“We will miss him and his loss will be felt across the District. Our thoughts however at this time are with his wife Maggie and family.”

Coun Payne spent most of his working life working in local light industry and food distribution and was employed as a production operator and held several managerial positions during that time.