‘DIFFICULT decisions are on the card’ – that’s the warning from Redditch borough council after it was issued with a severe financial warning by external auditors Grant Thornton.

The authority has been served with a ‘Section 24 notice’ warning of an impending seriously unbalanced budget.

And it’s been told to take urgent action to address the situation.

Austerity measures by central government have seen the council lose millions of pounds in annual grants.

In recent years revenue support grant, new homes bonus allowance and business rate support have all plummeted leaving Redditch with an increasing budget shortfall of £1.5million over the next three years and needing to find £1.2million in savings in the next financial year.

Deputy Leader Councillor David Thain (Con, West) who returned to the Council at the May elections and whose portfolio covers finance, asked residents to trust them to sort the situation out.

“We have been trying to maintain our services to our residents with huge reduction in government grant – we have lost something in the region of £7million in the last few years,” he said.

“However we will get on top of this. We have to be more commercially minded, more diligent, but myself and (Council Leader) Matt Dormer are determined to balance the books.”

There’s been an immediate freeze on non-essential spending and an efficiency drive has already identified thousands of pounds of savings.

And Coun Thain defended the ruling Conservative group’s decision back in February to award themselves a large increase in councillor allowances, with portfolio holders getting a 326 per cent rise.

“It was time we moved into the modern world and it was only reasonable that councillors should be fairly recompensed,” he said. 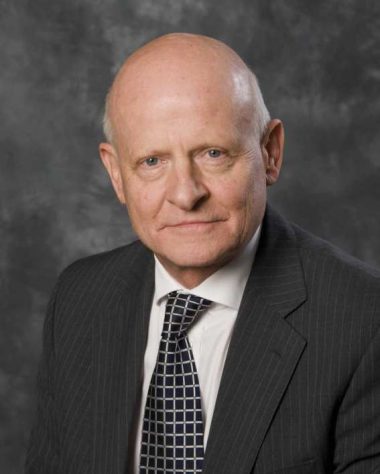 David Thain: Everything is on the table.

“We are not into blaming anyone,” he said. “We are where we are and we need to sort it out.

“There will be tough decisions to be made but the financial sustainability of this council is paramount.”

Labour group leader Coun Bill Hartnett (Church Hill) said: “Every council in the country is suffering with its finances and it’s been going on for a decade with this government’s obsession with austerity.

“I’m for local govenrment and you cannot keep on re-structuring and something has got to give.”

The council is expecting to come up with its future finance plan within the next four to five months.