The event was co-organised with Indigo Arts and their young performers took to the stage to perform a ‘Best of British’ selection of songs.

The Violettes and Shadow Sax were among the other talented acts to perform in front of the joyous Jubilee audience. 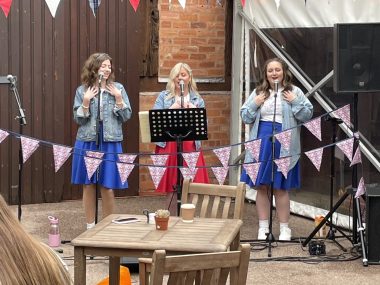 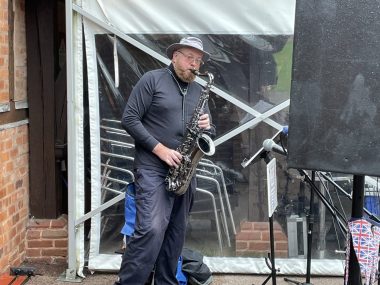 Residents turned out in their droves with some draping their tables with patriotic decorations. 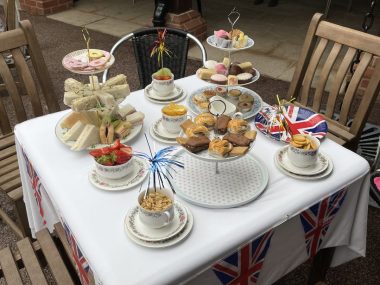 The Mill View Coffee Bar was also open for visitors to enjoy some delicious treats.

The event was moved inside after original plans to hold an outdoor picnic were scuppered by the rain.

The museum’s education officer Debbie Lakeman said: “We’ve got a strong partnership with Indigo and we wanted to provide something special for the community and really celebrate the Queen’s connection to the town.

“It would’ve been nice to have the event outdoors but we were determined to party on in true British spirit.”

Youngsters had plenty to get involved in, including being able to paint or draw pictures of the Queen, other royals or even members of their own family.

All of the submitted pictures were framed and put on display as part of a ‘Royal Portrait Gallery’, which will remain available to view for the next week. 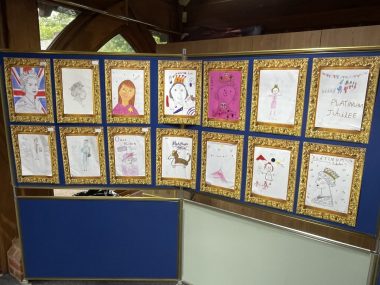 There were lots of entries in the ‘Royal Portrait Gallery’.

Local resident Tracey Bayliss said that it was great that organisers were able to put on such a fantastic event full of music when others had been cancelled.

Forge Mill provided a fitting place to hold a Jubilee celebration, as the Queen officially opened the museum back in 1983.

There were photographs and articles on display detailing the Queen’s visit and guests could also view the commemorative plaque marking the opening and a special signed portrait of her majesty that was donated to the museum. 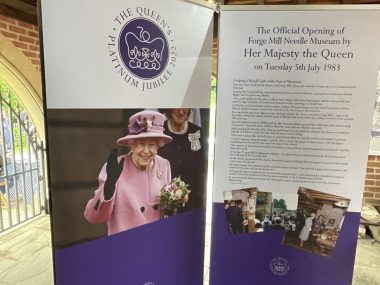 People could read about the Queen opening Forge Mill in 1983. 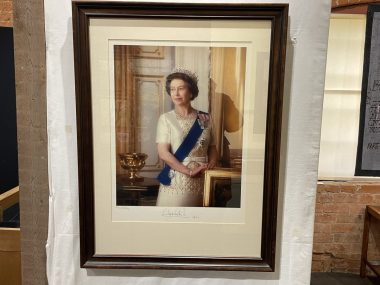 A signed portrait of the Queen that was donated to the museum. 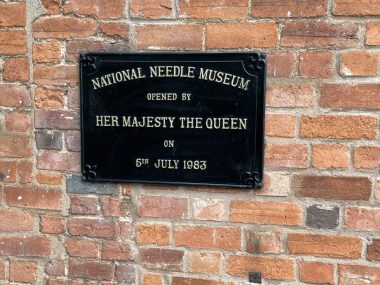 Visitors could take a picture as the Queen, and there was a ‘Royal Connections’ trail where people could find the answer to questions connected to her majesty around the museum site for the chance to win a Jubilee sticker.

Redditch MP Rachel Maclean said: “I find holding a Jubilee party at a local building that the Queen opened really touching and it’s been great to see all of the talented local acts perform.

“It’s been a really lovely weekend and I think the people of Redditch have pulled out all the stops and their spirit has been incredible.”

Redditch Mayor Coun Ann Isherwood added: “We’ve needed days like this for such a long time.

“It’s amazing to see everyone getting out and celebrating something and I can’t think of a better occasion to bring people together.

“Redditch is steeped in heritage and it’s perfectly exemplified by Forge Mill.”