REDDITCH paid tribute to those who served and fell during the Falklands War at a poignant memorial service on Tuesday morning, June 14. 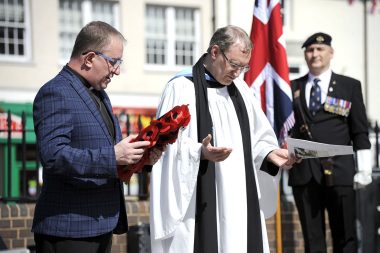 The exhortation was read out by former soldier Councillor Sid Khan followed by a two-minute silence where those in attendance had a chance to reflect on the sacrifices made during the war and all wars.

Wreaths were then placed on the memorial, led by Borough Mayor Coun Ann Isherwood.

The Mayor then spoke about her memories of watching events unfold in the Falklands back in 1982 and paid tribute to those who fought to free the islands. 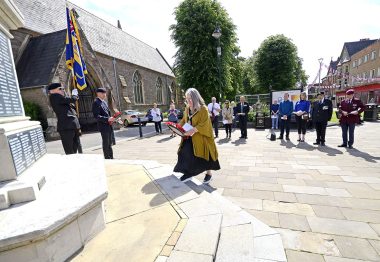 The service ended with a commitment reading by Major Jeff Farnes, chair of the Redditch Royal British Legion, which was followed by the National Anthem.

Major Farnes worked with Rev Lawlor on the order of service, and it was praised by one veteran there who had served in the Falklands. 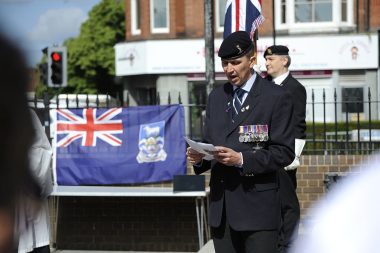 Major Farnes grew up during the Falklands War and said he felt it was important Redditch should mark the date of their liberation.

He said: “It was great that so many people were able to attend during a work day and the number of wreaths that were laid was fitting recognition for what those servicemen and women did.

“We wanted to make sure that we did do something to mark the occasion and I do think that the country has responded very well to marking the 40th anniversary.”