THE failed merger bid between the district councils of Stratford and Warwick could have major consequences in terms of costs, staff redundancies and democratic accountability.

That’s the verdict of the leader of the Lib Dems Councillor Susan Juned (Alcester Town).

Speaking shortly after the news was announced, Coun Juned said: “I’m disappointed this has happened, and it seems to revolve around a difference of opinion between the Cabinets of Warwick and Stratford.

“The Local Government Association had looked at the finances of both authorities but apparently there had been changes quite recently to these and Stratford had asked for a delay in the merger while they carried out due diligence, which Warwick was not happy about. 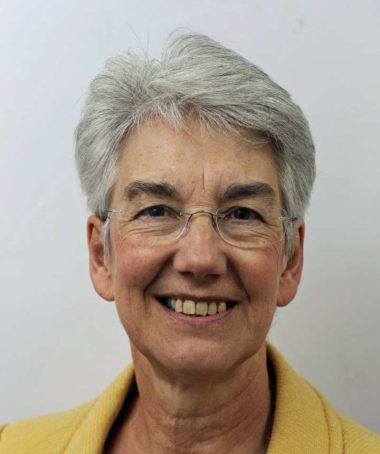 “However I’m wondering about the impact all this has had on staff and the amount of money the merger plans have already cost.

“One of the reasons for the merger was to save money in the long term particularly in light of the cuts from central government.

“So we want to know how the budget will be affected and will there be more cuts to essential services.”

She added: “Furthermore, the implication in the offing now is for a single, county-wide authority.

“This will result in more remote decision making and less representation for residents.

“It will also be more expensive in terms of council tax.

“What we need now that everything is back in the melting pot is what is Stratford District Council’s vision for the future?

“What plans are being made for better services?

“What about staffing? Staff have been under a huge amount of stress, some have already been made redundant as a precursor to the merger and some could have lost their jobs.

“There has been no consultation on the de-merger and we are waiting to hear some answers.”

The leaders of the two councils had earlier said there were ‘irreconcilable’ differences between their respective ‘approaches and ambitions’, meaning the proposed merger could not go ahead ‘in the interests of residents and staff’.

It emerged SDC leader Coun Tony Jefferson had written to the Government requesting the decision on the proposed merger – expected at the end of May – be delayed amid fears that due diligence work on a company wholly owned by Warwick District Council (WDC) would not be completed in time.

He said requesting a further delay would result in trust being undermined, making it ‘untenable’ for the two authorities to merge.

In a joint statement, the council leaders said: “This is a disappointing outcome, but it should not mean the end for the positives that this process has generated; we have learned a lot and wish to carry on as good partners.

“It is anticipated that some of the joint working arrangements already put in place will continue, such as legal services and business rates collection. However, others including the Joint Management Team and the service integration programme will end.

“Each council will continue to keep residents, councillors, and staff engaged in the process of updating our working arrangements.

“Thank you for the many contributions and the positive commitment made to supporting the future of both councils.”

The councils had both voted in favour of the long-standing plan to join forces and form a new single South Warwickshire Council as recently as last December.

Stratford District Councillor Mark Cargill (Con, Alcester & Rural) spoke of his regret that the merger would not now go ahead.

“I am extremely disappointed that we were not able to make it work,” he said.

“I was one of the people who proposed the merger, initially through joint working and then we both agreed a full merger would be advantageous to both.

“However there were some insurmountable issues which could not be overcome.”

A joint request, subject to the councils’ approval, will now be made to the Government to stop the merger process. Recommendations will be made to an extraordinary meeting of SDC and the AGM at WDC on May 11.

Police appeal – Can you help identify this man?

Row over selling of Community House rumbles on